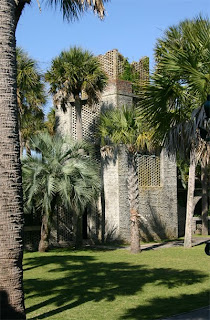 “Now I have five monkeys chattering in the studio, the peafowl screaming in the yard and the bears crawling on the other side. As a sculptor I call it an embarrassment of riches but others might not think so… “ – Anna Hyatt Huntington 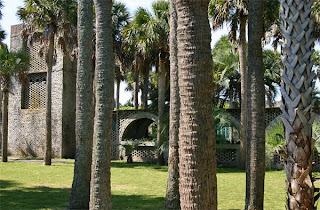 Since I had mentioned the Huntington dogs in the last post, this seemed like a good time to finally post a tour of Anna Hyatt Huntington’s home, Atalaya. The name comes from the Spanish word for “watchtower”, and the building in the first photo was inspired by a lookout tower in Morocco. The original one was used for spotting Barbary pirates, but this one was a water tower for the estate. It also was designed to attract bats to help control mosquitos.

Anna and her husband Archer had built Atalaya when Anna – who had tuberculosis – was told that she needed a quieter, warmer location. Atalaya was modeled after the Moorish fortresses Archer recalled seeing on the coast of Spain, and it does look a lot more like a military site than someone’s home. But it was truly their home and its rooms have always made me think of what my own friends and colleagues might build, were money no object. With that in mind, I thought it might be fun to give a virtual tour. 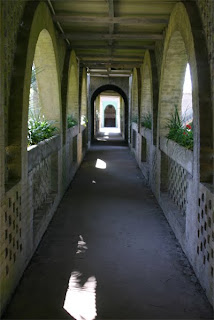 Atalaya sits directly across from the entrance to the Huntington’s sculpture garden, Brookgreen. In fact, the drive runs straight to this arched brick entry way. At the end of these arches is the front door to the main house. If you turned around and had really good eyesight, at the other end is this sculpture. 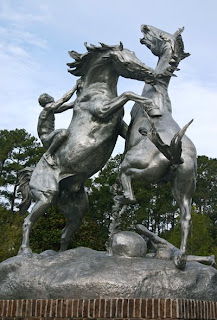 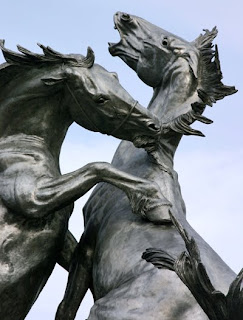 Those are the big fighting stallions that sit at the front gate to Brookgreen Gardens. Anna sculpted these, and they are cast in aluminum, which is why they are such a pale silver color. A road now runs between the two properties (Atalaya and Brookgreen) and separates them. 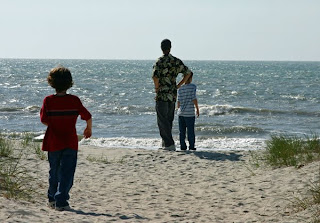 As much as I would love the idea of having Brookgreen sitting directly outside my front door, it’s what was behind the house that had a lot of appeal to the rest of the members of my family. They are standing just a dozen or so yards down the path from the back door. (I believe I took this photo at high tide.) 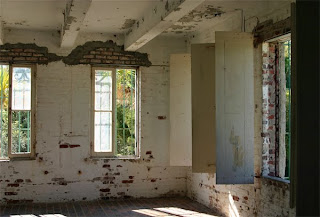 Sadly, while the house was named a National Historic Landmark in 1992, it hasn’t been especially well-maintained. The interior floors are brick, and the walls were whitewashed brick. The whitewash is peeling and discolored, and many of the shutters are missing. 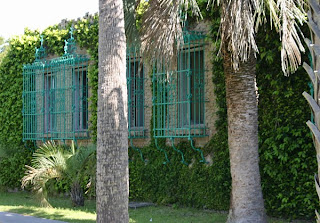 The ornate ironwork on the exterior of the windows is still there, though much of the facade is covered with ivy. 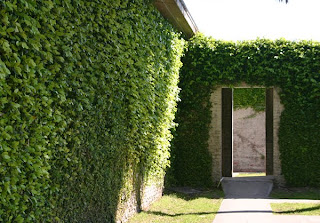 I suspect the ivy was allowed to grow up the walls of the inner courtyard even when the house was occupied, but now it covers much of the building.

With all the exposed brick and little ornamentation, it has always been hard for me to imagine this was the Huntingtons’ personal retreat – a place they went to for comfort and renewal. I think I would need something that held heat a little better, even in the relatively warm climate of South Carolina.

But while I wouldn’t have carpets, I would have a place to keep my bears! 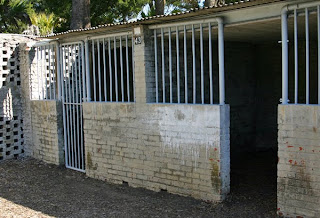 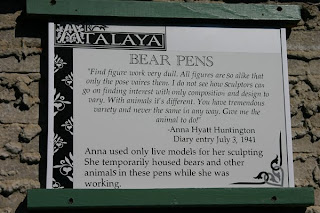 These are the bear pens. Anna used the cages to keep live specimens for whichever project she was working on at the time. I am fond of pointing out to Alan that taking over part of his garage for my spray booth is nothing. I haven’t asked him to build any wild animal enclosures on the back of the house yet.

And the cages were attached to the house. What’s even more surprising to me is that directly facing the yard in front of those cages is the back wall of the stables. Mr. Huntington was an indulgent spouse, tolerating Anna’s bears so close to his home. But her horses must have been saints! 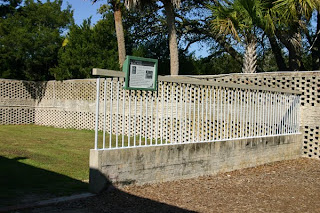 The grassy area behind this fence, which sits on the other side of the bear pens, used to hold the kennels. Like the bears and the horses, the kennels were also inside the main walls. 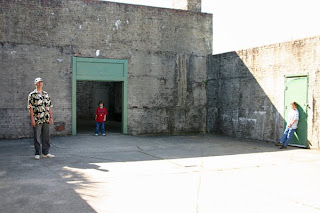 Just beyond the stables is Anna’s outdoor studio, which is where she preferred to sculpt. I had the guys stand inside to give a sense of size, because the place was too large to photograph whole. The doorway Matthew (in the red shirt) is standing in front of is the entrance to Anna’s indoor studio. I noticed that it was more than large enough to get a horse inside. 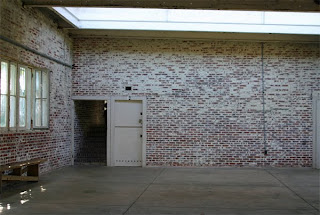 It was also large enough to hold one – or several! I had an even harder time photographing the room to show its size. The ceiling actually rises at an angle towards those windows on the left. The whole wall on that side was lined with windows. 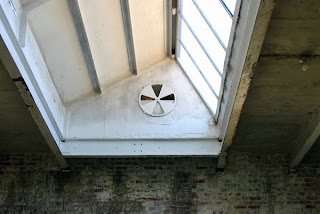 The ceiling also had these windows to allow in yet more light. The door to the left in the previous photo goes up stairs to the rest of the house. I was amused to see that while it had a large library room, there weren’t any formal rooms that one might expect from people of the Huntington’s social stature – no ballrooms or parlors or dining rooms. None of my sculpting friends have a place to keep bears, but I know that trading formal rooms for studios is a place where we can all relate!